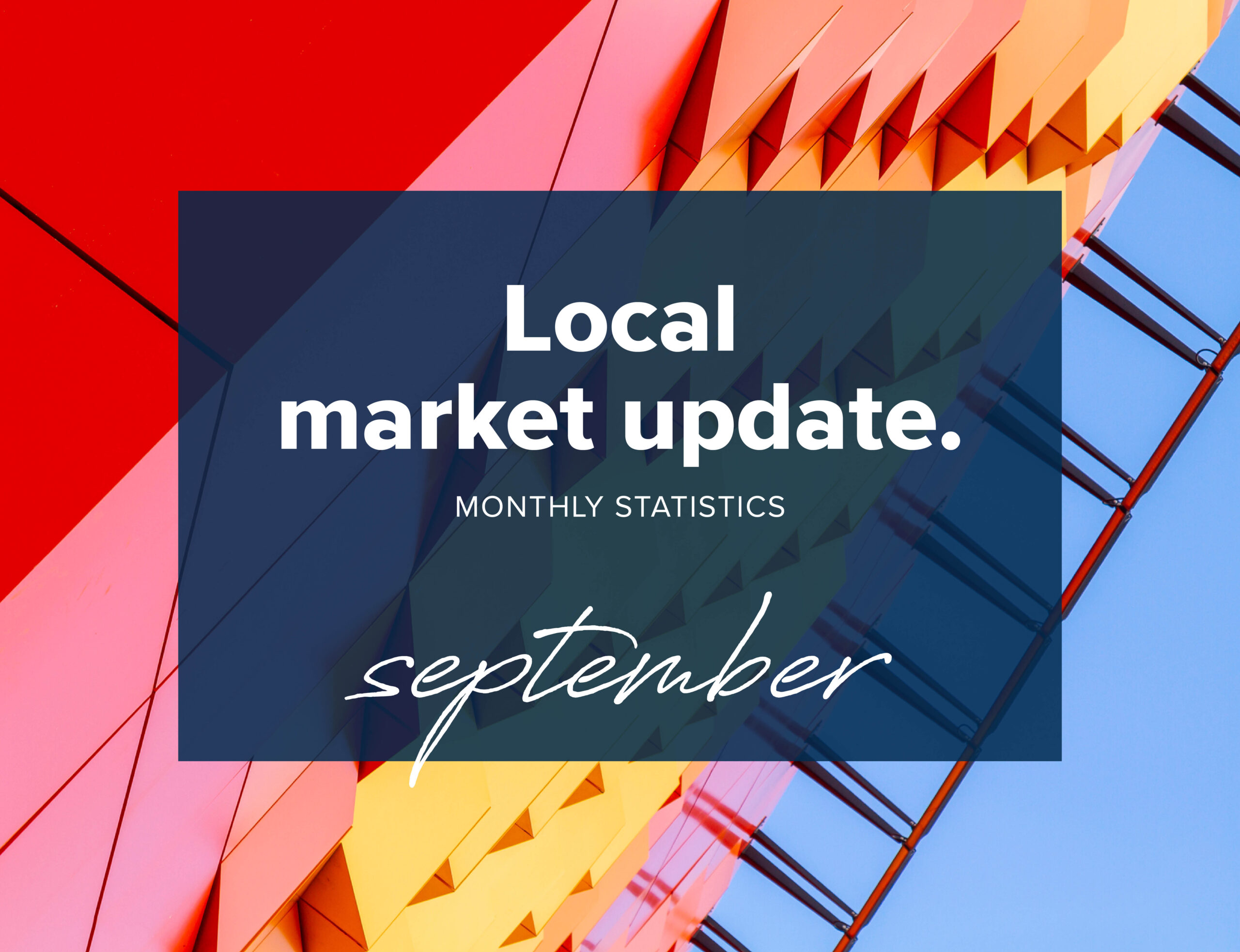 After its breakneck pace over the last two years, it appears the housing market has finally reached a soft bottom to the price corrections that began in April of this year. Reports that we’re entering a bear market are generally exaggerated, however, as the market seems simply to be resetting to a more balanced state where buyers and sellers are at last on more equal footing. Perhaps as much as anything, the market’s performance in August reflects a typical pattern for a month that has traditionally been a slower time for housing sales.

In King County last month, available inventory declined slightly to 1.5 months’ supply, with the median home price of $899,999 up slightly over July’s median of $890,000. That’s also an increase of 5.8% from $850,000 in August 2021. With 57% of homes selling in under two weeks and 22% selling over list price, many King County home buyers still have to move quickly and competitively, although with more leverage than they had earlier this year thanks to recent supply increases.

The Eastside had slightly higher levels of housing inventory available, at about 1.6 months. The median sold price for single-family homes rose 4% year-over-year, to $1,350,000. The higher asking prices in this area mean fewer homes are selling over asking than in Seattle, with about one in four homes selling at or over list price. Condos remain a more affordable option in this highly desired area, with the median price for an Eastside condo sitting at $569,500 last month.

Seattle has slightly less supply than King County as a whole, sitting around 1.4 months of inventory. The median sold price for single-family homes was up 6% year-over-year, at $927,000. About 65% of single-family homes in the city sold within two weeks, while 26% of homes sold above list price. With 2.4 months of inventory, condos may offer buyers an easier way to break into the market. The median sold price for condos last month was also a more affordable $520,000, though that’s still up 8.3% year-over-year. Increasing rents in the city and across the Puget Sound region are driving some buyers into the market, as homeownership is a hedge against inflation and rising rent costs. Even with that in mind, sellers still need to price accurately to avoid their homes sitting on the market for too long.

Snohomish County had the lowest inventory level at 1.3 months of supply (which is still more than the county’s average the past few years). The median sold price for single-family homes was $749,999, which is up 8% from August 2021. Just over half of the available homes sold within two weeks, and 19% sold over list price. The median price for condos in Snohomish County fell almost 5% year-over-year, landing at $474,999. This area continues to be a draw for buyers who may be priced out of the Seattle and Eastside markets.

Windermere’s Chief Economist Matthew Gardner believes the decrease in prices is a sign we’re entering a more typical housing market than we’ve seen in the last few years. “Home sales increased month-over-month, but the rise in listings is causing prices to soften,” he said. “I predict prices will drop further as we move into the fall. The market is simply reverting to its long-term average as it moves away from the artificial conditions caused by the pandemic.”

If you have questions about what our shifting market conditions may mean for you, please contact your Windermere broker. 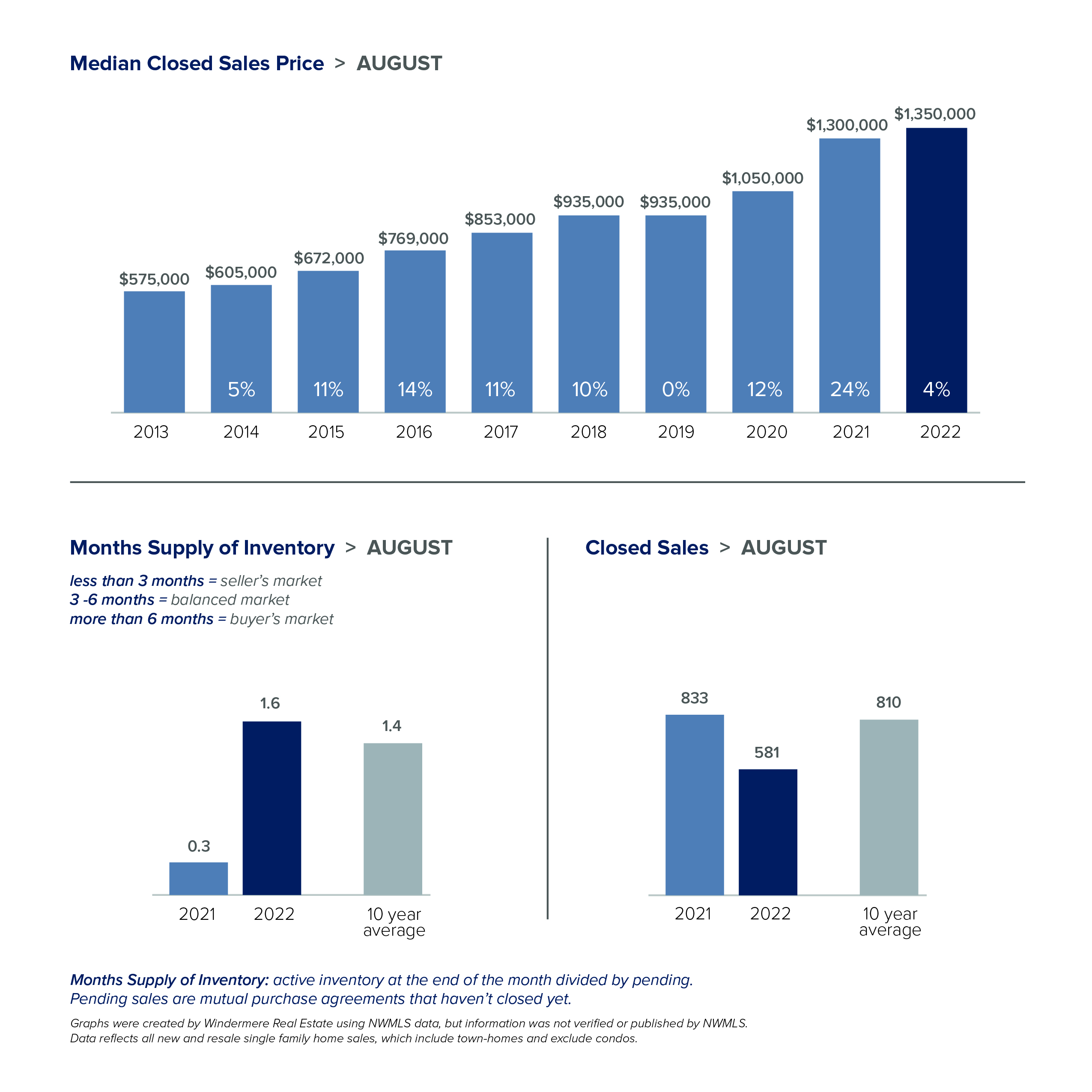 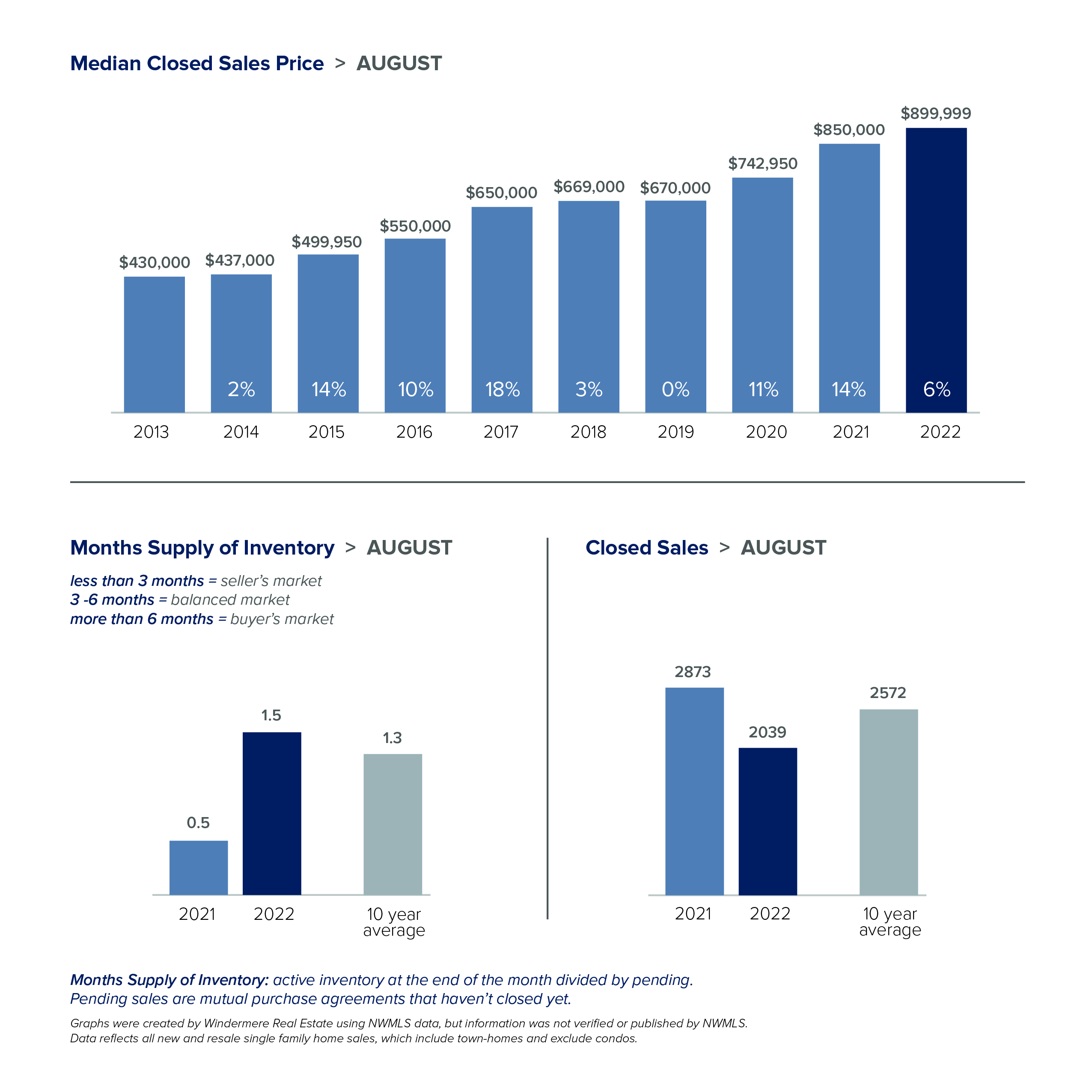 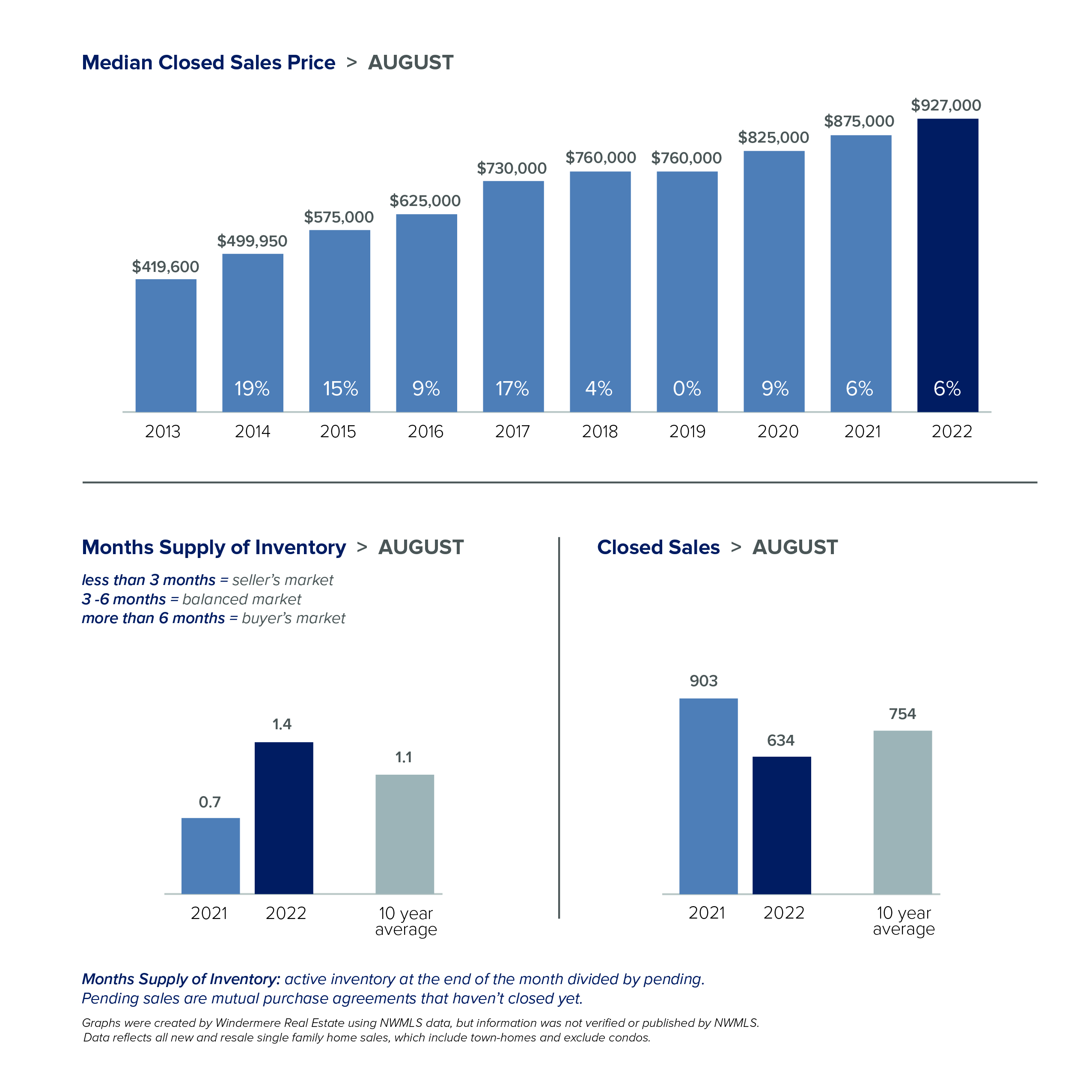 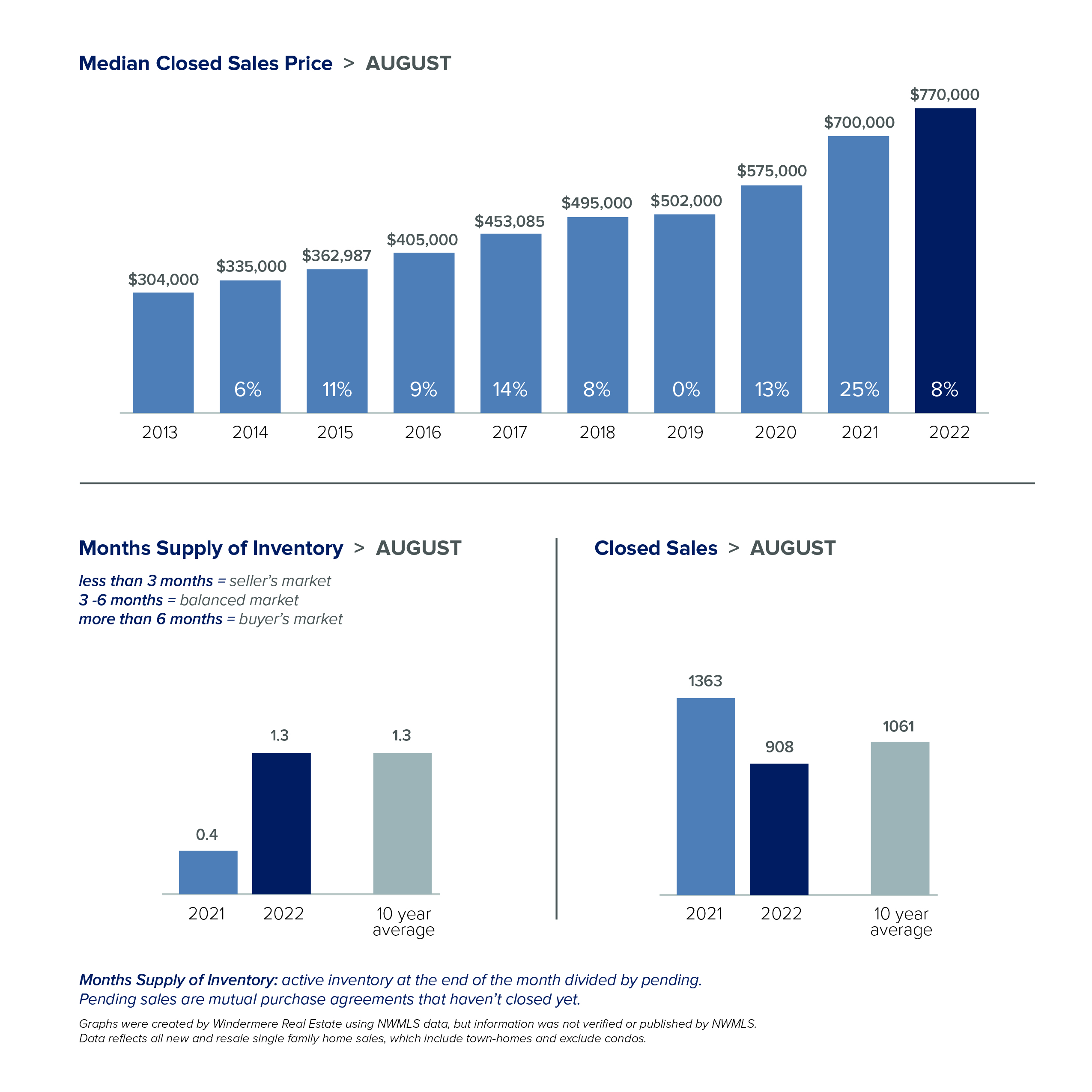